The Wodeyar Dynasty of Mysore

Posted onApril 19, 2013
Mysore is the city of Mahishasura, the demon king. Hearing to the prayers of Gods, Goddess Parvathi took birth as Chamundeshwari and killed him. After killing the demon, the Goddess resided atop the Chamundi Hills, where she is worshiped. In honor of the Goddess Chamundeshwari, the famous festival of Dasara is celebrated during the months of September and October.

The Wodeyars of Mysore and the Keladi Nayakas of Ikkeri were the largest feudatories of the great Vijayanagar Kingdom. Shortly after the decline of the Vijayanagar empire in 1565, they became independent. According to the tradition, two princes named Yaduraya and Krishna of the Yadava descent came to Mysore during the rule of King Chamaraja. They saved the kingdom from Maranayaka, the chief of Karugahalli, who had attacked Mysore soon after the death of the king. Yaduraya later slew Maranayaka and married Princess Devajammani, the daughter of Chamaraja. Thus he became the first ruler of the Wodeyar dynasty in 1399.


Raja Wodeyar (1578-1617): was the first powerful ruler of the dynasty. He defeated Tirumala, the viceroy of Srirangapatna, during Venkata II's reign, and shifted the capital from Mysore to Srirangapatna in 1610. In continuation of the Vijayanagar traditions, he celebrated the famous Dasara (Navratri) for the first time in Srirangapatna.

The reigns of Chamaraja Wodeyar V (1617-1637) and Immadi Raja Wodeyar II (1637-1638) were followed thereafter. Ranadhira Kanteerava Narasaraja Wodeyar I (1638-1659) successfully defended Srirangapatna from the attack of Muhammad Adil Shah (1626-1656) of Bijapur. Coinage was first introduced by him in the Wodeyar dynasty.

Dodda Devaraja Wodeyar (1659-1673): The beautiful statues of colossal Nandi (Lord Shiva's Bull) and Mahishasura at Chamundi Hills were built by Dodda Devaraja Wodeyar in 1659. He not only defended the kingdom from the attack of Keladi Shivappa Nayaka but also captured many of his territories.

The reign of Chikka Devaraja Wodeyar (1673-1704) is regarded as the golden period in Mysore history. In 1682, the Nayakas of Ikkeri, the Qutub Shahis of Golconda and the Marathas under Sambhaji, formed a triple alliance against him, and in the action that followed at Banavara, Chikka Devaraja achieved a distinct victory over his opponents. It was during his reign that the Mughal Emperor Aurangzeb conquered Bijapur and the Province of Sira was formed as the Mughal capital (1686). In 1687, Chikka Devaraja purchased the city of Bangalore from Ekoji, younger brother of Shivaji, for three lacs but before it was finalised, Qasim Khan, the Mughal governor of Sira, captured it. Chikka Devaraja defeated the Mughal troops and wrested the city of Bangalore from them. Thereafter he maintained friendly relations with Qasim Khan. In 1687, Aurangzeb annexed Golconda. Between 1688 and 1699, Chikka Devaraja recovered most of the places that were lost to the Marathas and the Ikkeri Nayakas during the late wars, and also conquered many territories; that he now assumed the title of Karnataka Chakravarthi. Shortly after the death of Qasim Khan (1695), in order to safeguard the kingdom against Mughal invasions, Chikka Devaraja sent an embassy to Aurangzeb in 1699, who was then holding court at Ahmednagar. The embassy was favourably received by Aurangzeb, who bestowed upon him the great title of Jagdev, and sent a letter recognizing Chikka Devaraja's right to hold Durbar seated on the celebrated throne of the Pandavas. He reorganized the administration of the empire by dividing it into 18 departments called Atharkacheri or Chavadis; and also invented many measures that towards the close of his reign, he was able to leave in his treasury nine crores, which qualified him for the title of Navakoti Narayana (Lord of nine crores). The death of Chikka Devaraja Wodeyar occurred in the sixtieth year of his age in 1704.


Chikka Devaraja Wodeyar was succeeded by his deaf and dumb son, Kanteerava Narasaraja Wodeyar II (1704-1714). He ruled under the regency of a powerful office called Dalavais who belonged to the Kalale family. Kanteerava was succeeded by Dodda Krishnaraja Wodeyar I (1714-1732) and during this time Mysore was repeatedly raided by the Nawabs (the Nawab of Arcot and the Nawab of Sira) as well as the Marathas under Peshwa Baji Rao, and the Raja had to pay huge amount of money to send them back. This weakened the kingdom and the power gradually passed into the hands of the Dalavais; Dalavai Devarajaiya and his cousin Sarvadhikari Nanjarajaiya. Chamaraja Wodeyar VI (1732-1734), the next ruler removed the Dalavais from their positions and began his independent rule about January 1733. But by Jun 1734, the Dalavais deposed the Raja and imprisoned him at Kabbaldurga, where he passed away.

The Rana Treaty for the Restoration of Wodeyars (1782): When Krishnaraja passed away in 1766, Nanjaraja Wodeyar (1766-1770), Bettada Chamaraja Wodeyar VII (1770-1776) and Khasa Chamaraja Wodeyar VIII (1776-1796) continued as nominal rulers in the Wodeyar dynasty. Ever since Hyder had seized the control, Rani Lakshmi Ammani, the widow of Krishnaraja Wodeyar II, had been striving for the overthrow of Hyder and restoration of her family. In May 1782, the Maharani sent a letter to Lord Macartney, the governor of Madras, offering to pay one crore of rupees for the expenses of the camp; a jagir to the Company to the amount of fifteen lacs of rupees per annum and another rupees thirty-six lacs per annum for the expenses of the troops. On 28 Oct 1782, a treaty was concluded at Tanjore between Tirumala Rao, a confidante of the Rani, and Mr. John Sullivan, on behalf on the Company, called the Rana Treaty for the Restoration of the Hindu Dynasty of Mysore.

After the failure of her previous attempts to restore the kingdom, the Maharani again wrote to Tirumala during the Interregnum (between 1796 and 1799), to prevail on the British at Madras to invade the country, before the arrival of French assistance to Tipu. Again she sent a letter on 3rd Feb, 1799, to Lord Mornington and Clive, the governor of Madras, narrating details of sufferings of the royal family and referring to her own confinement by Tipu since 1796; and promised to pay one crores for the expenses of the war. 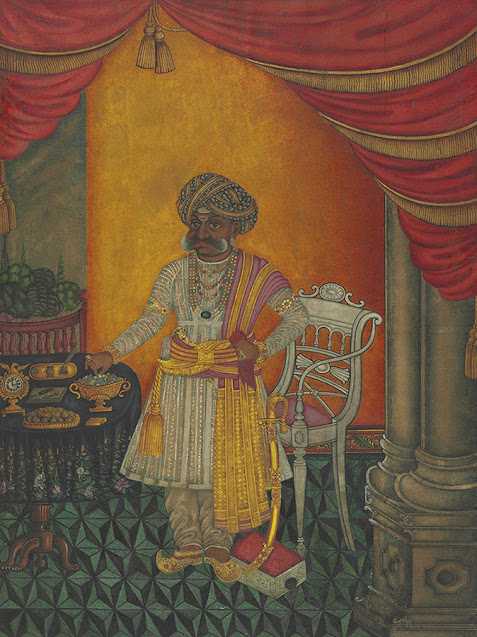 Rani Kempananjammanni Vani Vilas Sannidhana (1895-1902), Queen of Chamaraja Wodeyar IX, was the regent of the kingdom during the minority of Nalvadi Krishnaraja Wodeyar IV (1895-1940). The Mysore Palace got fully destroyed in a fire during the wedding of Princess Jayalakshmanni in 1897. In 1912, the palace was rebuilt by the British architect Henry Irwin under the commission of Rani Vani Vilas Sannidhana. 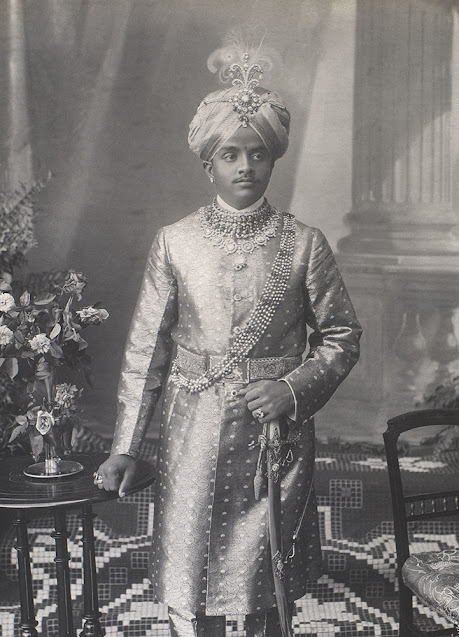 Sri Jaya Chamaraja Wodeyar (1940-1947): was the 25th and last ruler of the Mysore Wodeyar Dynasty. When in 1950 India was declared a republic nation, he was given the position of the governor of Mysore. Srikantadatta Narasimharaja Wodeyar (1974-2013), son of Jayachamarajendra Wodeyar. was the last descendant of the Wodeyar dynasty. He passed away on Dec 10 2013, after suffering from a cardiac arrest.