Posted onMarch 15, 2019
Shortly after the fall of Srirangapatna on 4th May, 1799, the families of Hyder Ali and Tipu Sultan were exiled to Vellore by the British, 'with the least practicable injury to their feelings'. "I determined to grant the families of Hyder Ali and Tipu Sultan a more magnificent maintenance than either had enjoyed during the late reign, and to provide with the same liberality for the principal Mohammedan officers and chiefs of the state, and for the families of all those who had fallen in the course of the war", writes Lord Mornington [Richard Marquess Wellesley, the then Governor General of Fort William, Bengal] to the Court of Directors.

The fort of Vellore has been chosen for the prison of Tipu's family, since it was one of the strongest places in India. Mummudi Krishnaraja Wodeyar [at that time a child of 5 years], a descendant of the Wodeyar Rajas of Mysore, was placed upon the throne, on 30th June.

This difficult task of informing the Mysore Princes, the sons of Tipu Sultan, about their transfer to Vellore, was entrusted to Colonel Arthur Wellesley by the Governor General Richard Marquess Wellesley [known as Lord Mornington and Lord Wellesley, elder brother of Arthur Wellesley]. 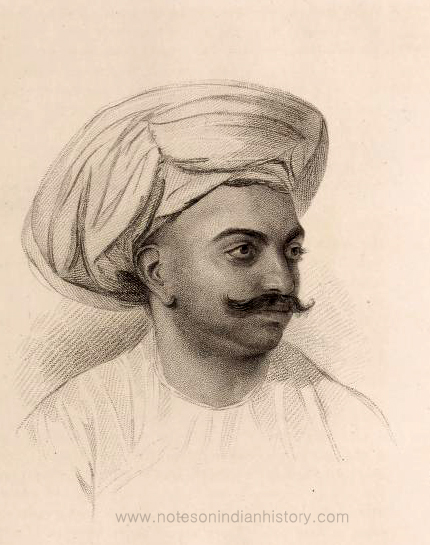 Fateh Hyder, the eldest son of Tipu Sultan, closely resembled his father in appearance. It is said that his mother was a dancing girl from Adoni named Raushmi Begum. He was about 26 years of age at that time.

Fateh Hyder said that he had surrendered himself trusting the words of the British that they would place him on the throne of his father's dominions, as had done at Tanjore (Thanjavur) and Oudh. Here's a brief narrative of Colonel Arthur Wellesley, the 1st Duke of Wellington, informing Prince Fateh Hyder and his three brothers about their removal to Vellore:


Having made the necessary preparations for the departure of the four eldest sons of the late Tipu Sultan, as far as they could be made without disclosing their object, I waited upon Fateh Hyder on 16th, for delivering the letter addressed to him by the Governor General, and of informing him of his Lordship's wishes that he should remove from hence into the Carnatic.

I first told him that I had been ordered by the General to make known to him his wishes. I explained to him that, after a due consideration of the affairs of this country, the Governor General had not thought it compatible with the interests of the British nation and of its allies to place him or any of his family upon the musnud (throne). However, that his conduct in coming in, and since he had come in, had not passed unnoticed, and that the Governor General had determined to give the family of Tipu Sultan an allowance which was not to exceed 7 lacs of rupees. I then observed that it must be unpleasant to his feelings to see the government of this country pass into the hands of others; and that for his own sake, as well as for the ease and convenience of the government to be established in Mysore, it was desirable that he should remove into another country. On this account, I told him that I had been ordered to request that he would prepare to remove immediately to Vellore in the Carnatic, and that the next day had been fixed for his departure. 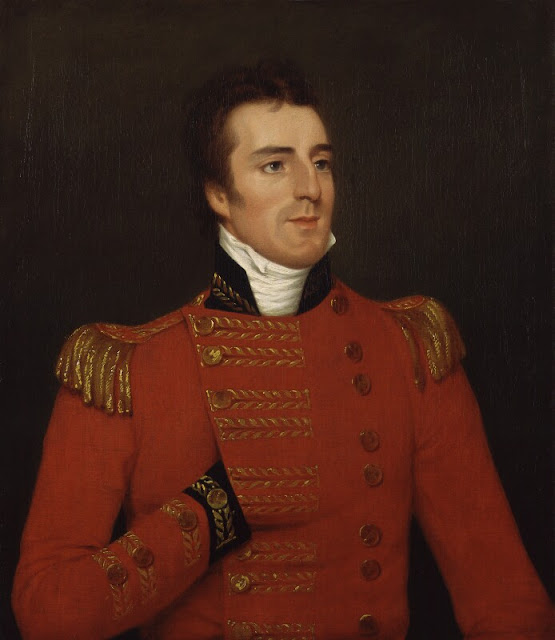 Fateh Hyder was much surprised at what I had said; he said that he had received a cowle (an engagement, lease or grant in writing), and had come in upon it; he added that it had been the custom of the British nation, when it had conquered kings and people in India, to restore to the former their governments. He instanced the cases of Tanjore (Thanjavur) and Oudh. He said, however, supposing that it was not thought proper that he should govern this country, there was no reason why he should be removed from it. He declared that he would never leave the tombs of his father and grandfather, nor to leave his father's family; he asked emphatically what was to become of them if he should leave them.


I told him that I did not conceive there was anything in the cowle which had been sent to him which either gave him grounds to hope that he should be permitted to govern this country, or that prevented the Governor General from exercising the power that all governments in India had of ordering their subjects to quit one place and to reside in another; that I acknowledged the generosity of the British nation in the instances to which he had alluded, but I observed that in these the exercise of its generosity was not incompatible with its interests and those of its allies; that the families which, after having been conquered, had been restored to power, had not been intimately connected in politics with our irreconcilable enemies for the sole object of driving us out of India, and that therefore it had not been deemed incompatible with our interests that they should still govern their countries; that there was no intention of separating him from the families of his father and grandfather longer than was necessary to procure conveyance for the latter to the Carnatic, and that in the mean time they would be under my protection; that he ought to recollect that he did not come in till twelve days after the assault, during which time his own as well as his father's family had been under my protection, and that they had not suffered, and that he had no reason to fear that they would suffer from his absence upon the present occasion. I then told him that what had been proposed was for his sake as well as for the ease of the government of this country; that he must be aware that he would be an object of suspicion here at all times, and that he might expect that the smallest indiscretion on his part would occasion the detention of his person.

Fateh Hyder still quoted the cowle, and was anxious to know what part of the allowance for the family he was to have, I told him 50,000 rupees annually. He then said that he should consult some of his friends upon the subject. I told him that he was to consider what I told him as the General's order, which it was my duty to see obeyed, and that I should send Major Marriott to him in an hour to take his directions respecting the carriage of his baggage and family. I then took my leave.

I repeated what I had said to Fateh Hyder to the other princes. Abdul Khaliq and Muiz-ud-din expressed no anxiety excepting about the amount of their allowance. The other, Muhi-ud-din, said that he should consult his friends. I told him that I conveyed orders, and that whatever might be the result of the consultation they must be obeyed. He agreed that they should.

Fateh Hyder and Muhi-ud-din called upon me in the evening, and expressed a desire to carry away half of the family of Hyder Ali and half of that of Tipu. I told them that they might carry away as many as they pleased, but that the means of carriage at present were calculated and provided for the members of their own families, and that it had been thought most advisable to defer sending the families of their father and grandfather to a future opportunity.

In the morning they called again, with a long list of doolies, camels, elephants, bandies etc., which they wanted for the removal of the families of Hyder Ali and of Tipu; but having informed them that we had means of carriage only for their own families, they expressed themselves satisfied, and prepared to depart.


The four eldest sons of Tipu Sultan: Fateh Hyder, Abdul Khaliq, Muiz-ud-din and Muhi-ud-din - with their families, attended by Major Marriott and escorted by a detachment under Lieutenant Colonel Coke, left Srirangapatna for Vellore on 18th June 1799.

As they passed through the streets of Srirangapatna, the procession attracted vast crowds to take a farewell look at the sons of their late sovereign.
Share
Post a Comment
Labels#Mysore/Karnataka
Newer
Older