Posted onApril 17, 2020
Maryam Zamani (also spelt Mariam Zamani) is the title given to Wali Nimat Begum, one of Akbar's wives, who became the mother of the crown prince Salim afterwards Jahangir. Some historians claim that she is the daughter of Raja Bharmal of Amer, while some say that she was the Portuguese wife of Akbar. I have written a few posts about her which you can find below:

There is an old mosque located close to the Masjidi Gate of Lahore fort. The gate built by Akbar in 1566, was the fort's original main gate. Because of the mosque just opposite, this gate came to known as Masjidi gate [also known as Masti Gate, a corruption of Masjidi].


The mosque is situated right in front of the Akbari Gate of the Lahore fort. Legend says that the mosque was originally connected to the fort by an underground tunnel so that royal women could come to this mosque to offer prayers and return unseen. 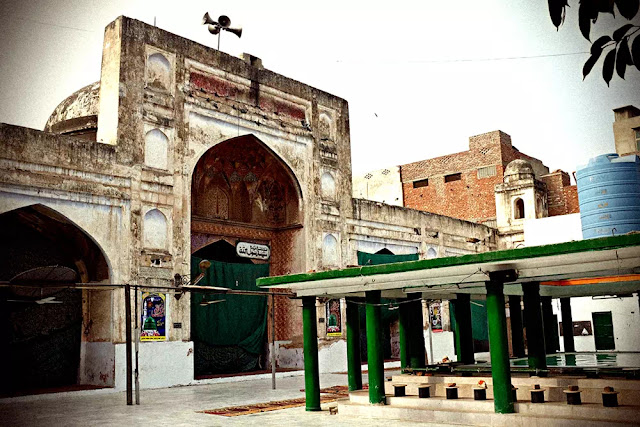 The founder of the edifice, the place of salvation is the queen Maryam Zamani.

For the date of the completion of this edifice, which resembles the Paradise, I was thinking when at last I found it in the words "What a fine mosque! (1020 A.H.)


This is the inscription on its eastern gateway:

May the conqueror of the world, Nur al-Din Muhammad, shine in the world like the Sun and Moon, O Allah


Known as Begum Shahi Mosque, this mosque is the oldest surviving Mughal mosque in Lahore. It is also called as "Lady of the Badshahi Masjid". The mosque was built of bricks and rendered with plaster. The architectural style is a combination of Afghan and Mughal. Experts says that it is the first to exhibit a five-bay facade that later became the typical pattern of nearly all Mughal mosques. It has two entrances on its north and east sides. In the center of the courtyard, there is a tank for ablution. Another feature of the mosque is that it possess double domes. 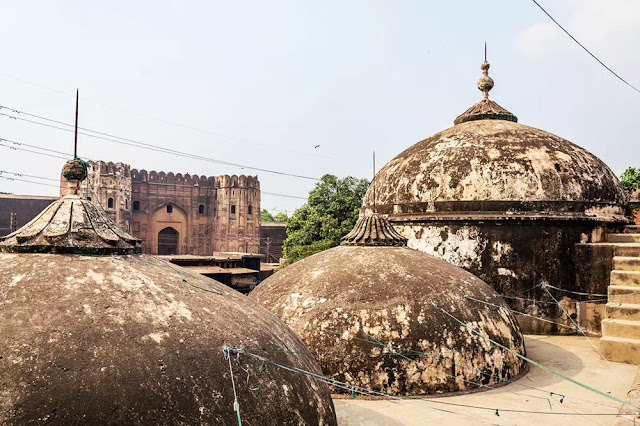 The mosque is characterised by the presence of colorful fresco work inside. Combination of colors is splendid. The whole of the interior of the prayer hall is replete with these beautiful fresco decorations, which are unrivaled in Pakistan for their delicacy and lively variety. 'Never in the history of architecture of the early Mughal period we do find such an extensive and exclusive use of this type of decoration', writes Ahmad Nabi Khan.


At the center of the main dome is a medallion with radiating stellate and net forms rendered in stucco. The small space in between is filled with stars which bear the names of Allah in naskh characters. The patterns are floral and geometric, including flower pots, cypresses and palms. 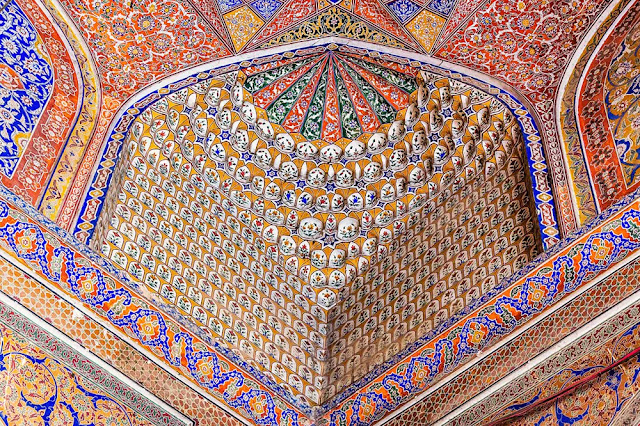 This masjid suffered considerable damage under Sikh rule. It was used by Maharaja Ranjit Singh as a gunpowder factory. Thus it came to be known as Barud-khana Wali Masjid. The mosque was restored to Musalmans during the British period by Major McGregor, Deputy Commissioner of Lahore, in 1850.

Present condition of the mosque:

The mosque is now no longer a tourist attraction; it has been surrounded by encroachments from all sides, a rim market on one side, and on the other a shoe market Moti Bazar. Many houses were also built nearby. This encroached area was once part of the mosque and circular garden. Encroachments, lack of maintenance and pollution have damaged the mosque. Cracks tears have appeared on its walls and the artwork faded away with passage of time. 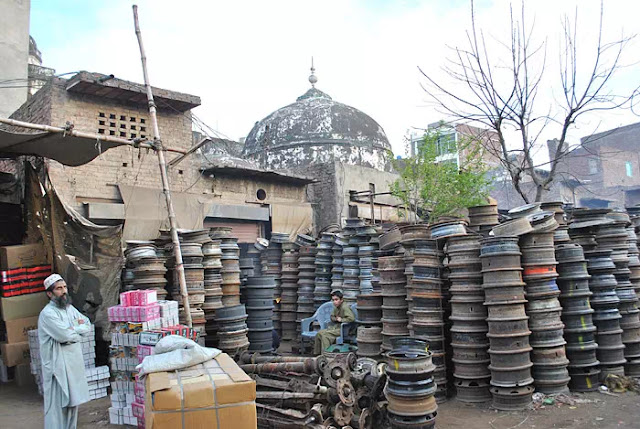 Let's hope the Pakistan government will take effective measures to preserve this monument.