Last Days of Akbar the Great

Posted onMay 03, 2015
Emperor Akbar died at Agra of dysentery or acute diarrhea, after a long reign of forty-nine years. Do you know that the last days of the great king Akbar were so miserable? 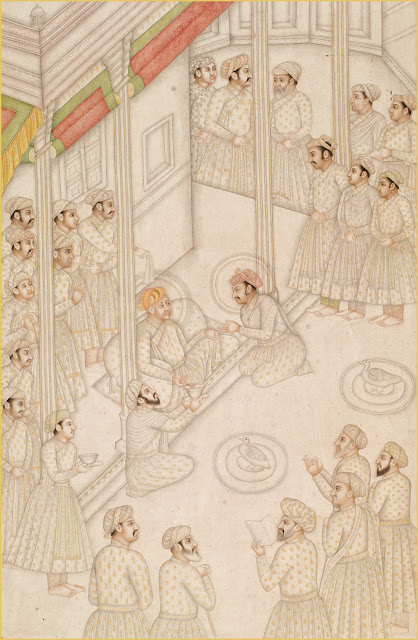 Jalal-ud-din Muhammad Akbar popularly known as Akbar the Great (1556-1605), was born on 15th Oct 1542, in a Rajput house at Umerkot, now in Pakistan (where his father Humayun was taking refugee after losing the battle with Sher Shah Suri). He was coronated at Kalanaur in Punjab on Feb 14, 1556, at the age of thirteen, when his father Humayun died of an accident (falling from the stairs of his library). Akbar propagated the idea of universal tolerance or Sulahkul; his object was to unite all men in a common bond of peace. He respected all religions equally and abolished the Jizya tax on non-Muslims. He married Hindu Princesses and appointed Hindus at high positions in the court. The historian Badaoni criticized him as "enemy of Islam". Though he was illiterate, he translated the great epics; Mahabharata, Ramayana and Atharva Veda into Persian with help of scholars. Twin sons were born to Akbar in 1564, but they died in infancy. The Emperor visited he Sufi Saint Shaikh Salim Chishti with hopes of getting blessed with a male heir. As a mark of admiration, Akbar named his eldest son Salim. Salim's two brothers, Murad and Daniel, died during their father's lifetime.

Here is the description of Akbar given by his son Salim, afterwards Emperor Jahangir:


"In his august personal appearance he was of middle height, but inclining to be tall; he was of the hue of wheat; his eyes and eyebrows were black, and his complexion rather dark than fair; he was lion-bodied, with a broad chest, and his hands and arms long. On the left side of his nose he had a fleshy mole, very agreeable in appearance, of the size of half a pea. Those skilled in the science of physiognomy considered this mole a sign of great prosperity and exceeding good fortune. His august voice was very loud, and in speaking and explaining had a peculiar richness".

In September, 1605, Akbar fell ill and the chief physician Hakim Ali was summoned to the court. Historian write that he did not give any medicine under the hope that the King's vigor of constitution would overcome the disease. But the illness gradually increased and on the ninth day the physician began to treat him. In fact, Akbar's illness had increased to this extent due to agitation produced by a quarrel between the servants of Salim and Khusrau (son of Salim) at an elephant fight: Akbar had chosen his grandson Khusrau as his successor. He had arranged a combat between the elephants Chanchal (Khusrau's elephant) and Giranbar (Salim's elephant). A third elephant, Rantahman, was selected to assist either of the two combatants when too severely handled by the other. At the fight, Giranbar completely worsted Chanchal, and Rantahman was sent off to Chanchal's assistance. But Salim's men pelted Rantahman with stones, and wounded the animal and the driver. This annoyed Akbar, and he sent Khurram (afterwards Emperor Shah Jahan) to Salim to tell him not to break the rules. Salim said that the pelting of stones had never had his sanction. Unfortunately Rantahman also got worsted by Giranbar, and the two injured elephants ran away. At that moment Khusrau came up, and abused his father in presence of Akbar. Akbar became exceedingly enraged, and this increased his illness so much. 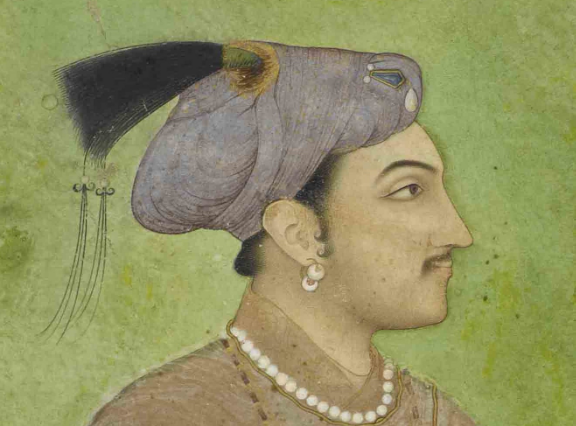 Last Moments of the Emperor: At that time the breath was still in the Emperor's body, the Khan-i-Azam Mirza Aziz Koka (Khusrau's father-in-law) and Raja Man Singh (Khusrau's maternal uncle) assembled the nobles and said, "The character of the high and mighty Prince Salim is well known, and the Emperor's feelings towards him are notorious; for he by no means wishes him to be his successor. We must all agree to place Prince Khusrau upon the throne". But Saiyid Khan, one of the great nobles, said that it is contrary to the laws and customs of the Chaghatai Tatars that while the elder Prince was alive, to put his son upon the throne. After this the royal court divided into two groups: one supporting Salim and the other Khusrau. Salim was preparing for his flight, but, Shaikh Farid Bukhari Murtaza Khan went over to him with a large body of attendants; and declared him the Emperor. Salim went with the great nobles, and Mir Murtaza Khan at their head, to the fort, and approached the dying Emperor. He bowed himself at the feet of the Emperor. The Emperor once more opened his eyes, and signed to the attendants to invest him with the turban and robes, and to gird him with his own dagger. The attendants prostrated themselves and did homage; at the same moment the death of Akbar occurred. A loud lamentation rose on all sides, and groans and cries ascended from the world and race of men, and the voices of the angelic cherubims were heard saying, "God created him, and to God he has returned". When his death occurred, Akbar was sixty-three years old. His sacred remains were interred in the garden of Bihishtabad at Sikandra, Agra.

Raja Man Singh took Khusrau with him and prepared boats to escape to Bengal. When Salim (Jahanagir) heard this, he sent one of his officers to bring Khusrau back and promised that no harm would happen to him. Next day when Raja Man Singh brought Khusrau to the Court, Salim treated him with great kindness and kissed his face. Thus began the reign of Nur-ud-din Muhammad Jahangir.