The Rayas of Vijayanagar

A Forgotten Empire: The Vijayanagar kingdom emerged during the later years of the reign of Sultan Muhammad-bin-Tughlaq, and dominated southern India for more than two hundred years. Hampi, the erstwhile capital of the mighty Hindu kingdom, the Vijayanagar Empire, is one of the Unesco World Heritage Sites in India. Four successive dynasties ruled over Vijayanagar and they are: Sangama dynasty, Saluva dynasty, Tuluva dynasty and Aravidu dynasty. This post is about the rulers of the Vijayanagar empire. A king of Vijayanagar empire is known as Raya. Unlike Mughal emperors, the Rayas didn't appoint court historians to write the history of their reigns. Nor they wrote their own autobiographies or memoirs. We only have some inscriptions, Sanskrit and Telugu works, chronicles of Muslim writers and accounts of European travelers. 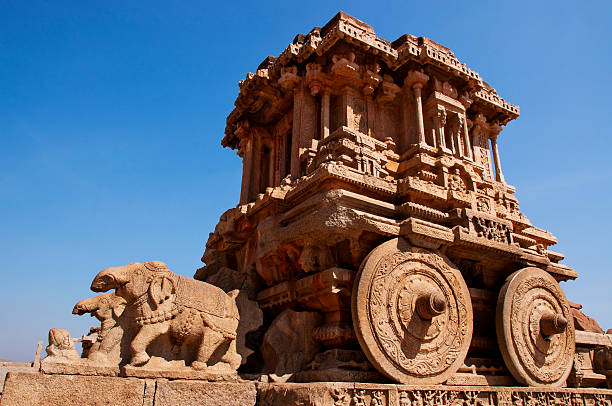 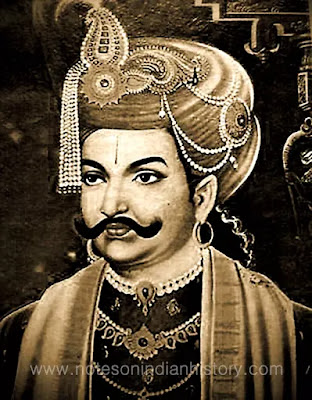 Bukka I, brother of Harihara I (1354-1379) - During his reign, in 1347, the Bahmani Kingdom emerged on the other side of the river Tungabhadra. Since then they were frequently at war with each other

Deva Raya I, brother of Bukka II (1406-1422) - During his reign, Firuz Shah Bahmani invaded Vijayanagar and he was compelled to give his daughter in marriage to Firuz. 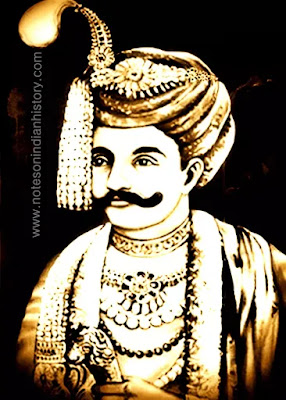 
Rayas of the Saluva Dynasty (1486-1505): It is supposed that Saluva Narasimha usurped the throne of Vijayanagar after deposing Virupaksha.

Saluva Narasimha (1486-1492) - Founder of the Saluva dynasty. Vijayanagar was often called as Narsinga, a name derived from 'Narasimha', by the Portuguese.

Immadi Narasimha, son of Saluva Narasimha (1493-1505). He is also known as Narasimha II and Dharma Raya. Vasco da Gama arrived India during his reign. However, the real ruler was his minister Tuluva Narasa Nayaka

Krishnadeva Raya, half-brother of Vira Narasimha (1509-1530). The empire reached its peaks of glory during the reign of Krishnadeva Raya. He established good trade relations with the Portuguese of Goa. He defeated Sultan Ismail Adil Shah of Bijapur in the battle of Raichur in 1520 and also defeated Prataparudra Gajapati of Orissa. He was a great scholar, a musician and a poet. He wrote the famous Amuktamalyada in Telugu. The famous Hazara Ramaswamy and Sri Krishna temples were built by him. He also built the city of Nagalapur in memory of his mother Nagala Devi.

Sadashiva, nephew of Venkata I (1542-1569) - During Sadashiva's reign Aliya Rama Raya, a son-in-law of Krishnadeva Raya, became the defacto ruler of Vijayanagar. Rama Raya was captured and beheaded by the Deccan Sultans in the battle of Talikota in 1565, which marked the decline of the great Vijayanagar empire.

Tirumala, brother of Rama Raya (1569-1571), shifted the capital to Penukonda and founded the Aravidu dynasty. He was the defacto ruler of the kingdom after Rama Raya's death, though he asecended the throne only after Sadashiva's death in 1569. He retired from the throne on account of old age and Sri Ranga was made the yuvraja in 1571.

Venkata II or Venkatapati II, brother of Sri Ranga I (1585-1614) -  In the opinion of Father Heras, it was Venkata II, who murdered Sadashiva Raya, while some other historians states that Tirumala murdered Sadashiva and captured the throne for himself. Venkata shifted his capital to Chandragiri about 1592. He shifted the capital to Vellore around 1606. During his reign, Raja Wodeyar defeated Tirumala, the viceroy of Srirangapatna, and declared his independence from Vijayanagar. Since Venkata had no sons, one of his favorite queens adopted a son. She put forward claims in favour of the child with support of her brother Jaggaraya. But Venkata nominated his nephew Sri Ranga as his successor to the throne. Venkatapati Raya's death was followed by a civil war, which further weakened the kingdom.

Sri Ranga II, nephew of Venkata II (1614) - Ranga II was deposed and murdered by Jaggaraya, within a few days of his accession. 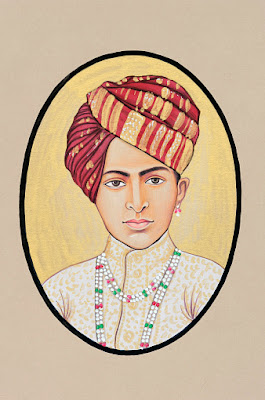