The Finding of the Body of Tipu Sultan

Posted onJanuary 31, 2019
We all know that Tipu Sultan died in the 4th Anglo Mysore war. In this post you can read the narrative of Major Alexander Allan regarding the discovery of the body of Tipu Sultan after the storming of Srirangapatna.

The final assault on Srirangapatna [Seringapatam of the British] took place about half-past one o'clock in the afternoon of 4th May, 1799 under the command of Sir David Baird. At half-past two, the place was completely in the possession of the British. The British were under the impression that Tipu Sultan had escaped from the assault with some of his chief officers and had taken shelter in the palace. General David Baird sent forward Major Alexander Allan, Deputy Quarter-master General, to offer protection to all persons in the palace and Tipu himself, on condition of their immediate surrender. It was necessary to calm their apprehensions and induce them to open the gates of the palace to the British troops who were drawn up outside the palace prepared either to storm the walls or to take peaceful possession. Major Allan had a form and a countenance admirably fitted for this humane duty. He believed that 'an enemy conquered is an enemy no more'. 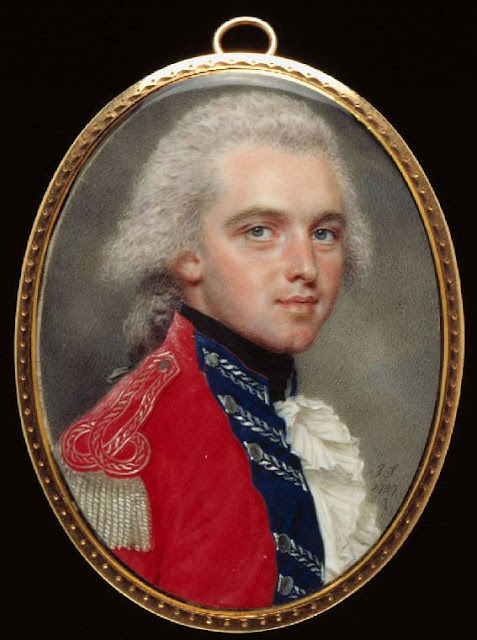 "Having fastened a white cloth on a sergeant's pike, I proceeded to the palace...Several of Tipu's people were in a balcony, apparently in great consternation. I Informed them that I was deputed by the General to offer them their lives, provided they did not make resistance; of which I desired them to give immediate intimation to their Sultan....They were greatly embarrassed, and appeared inclined to create delays; probably with a view of effecting their escape as soon as the darkness of the night should afford them an opportunity. I pointed out the danger of their situation, and the necessity of coming to an immediate determination, pledging myself for their protection, and proposing that they should allow me to go into the palace, that I might in person give these assurances to Tipu. They were very averse to this proposal, but I insisted on returning with them. I desired Captain Scohey, who speaks the native languages with great fluency, to accompany me and Captain Hastings Fraser. We ascended by the broken wall, and lowered ourselves down on a terrace, where a large body of armed men were assembled. I explained to them, that the flag which I held in my hand was a pledge of security, provided no resistance was made; and the stronger to impress them with this belief, I took off my sword, which I insisted upon their receiving. Mir Nadim, the killedar (meaning: keeper of the fort), and many others affirmed that the princes and the family of Tipu were in the palace, but not the Sultan....I sent another message to the princes, warning them of their critical situation, and that my time was limited. They answered they would receive me as soon as a carpet could be spread for the purpose; and soon after Mir Nadim came to conduct me.


I found two of the princes [Muiz-ud-din and Muhi-ud-din also known as Sultan Padshah] seated on the carpet, surrounded by a great many attendants. They desired me to sit down, which, I did in front of them. The recollection of Muiz-ud-din, who, on a former occasion, I had seen delivered up with his brother, hostages to Marquis Cornwallis, the sad reverse of their fortunes, their fear, which, notwithstanding their struggles to conceal, was but too evident, excited the strongest emotions of compassion in my mind. I took Muiz-ud-din by the hand, and endeavoured by every mode in pay power, to remove his fears, and to persuade him that no violence should, be offered to him or his brother nor to any person in the palace.

I then intreated him as the only means to preserve his father's life, whose escape was impracticable, to inform me of the spot where he was concealed. Muiz-ud-din, after some conversation apart with his attendants, assured me that the Sultan was not in the palace. I requested him to allow the gates to be opened. All were alarmed at this proposal; and the princes were reluctant to take such a step but by the authority of their father, to whom they desired to send. At length however, having promised that I would pest a guard of their own sepoys within, and a party of Europeans on the outside, and having given them the strongest assurances that no person should enter the palace, but by my authority, and that I would return and remain with them until General Baird arrived, I convinced them of the necessity of compliance; and I was happy to observe that the princes, as well as their attendants, appeared to rely with confidence on the assurances I had given them."

The gate was opened and the princes were conducted to the gate where General Baird and several officers were assembled. Major Allan communicated to General Baird what had occurred with regard to the two princes, who both continued most solemnly to declare that they knew nothing of their father, except that he was not in the palace; and they were ready to surrender themselves and the palace itself on the promise of protection. Major Allan continues: "He received the princes with every mark of regard, repeatedly assured them that no violence or insult should be offered to them, and he delivered them to Lieutenant-Colonel Agnew and Captain Marriott, who conducted them to head-quarters in camp..."

General Sir David Baird Discovering the Body of Sultan Tippoo Sahib after having Captured Seringapatam, on the 4th May, 1799... 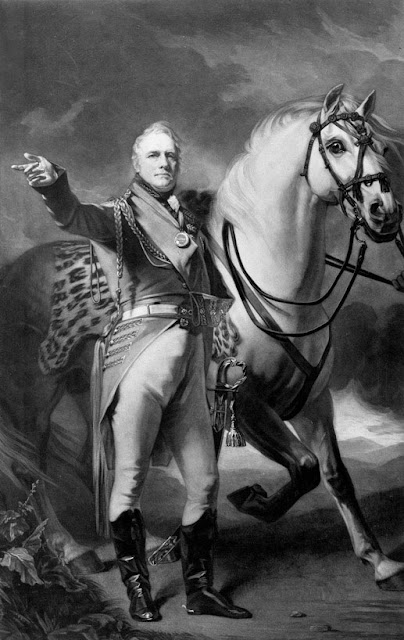 General Baird now determined to search the palace. He took care, however, to avoid the Zenana, around which, a sufficient force had been posted to prevent the possibility of the Sultan's escape. "Having intreated the killedar, if he had any regard for his own life, or that of his Sultan to inform us where he was concealed, he put his hands upon the hilt of my sword, and in the most solemn manner protested that the Sultan was not in the palace, but that he had been severely wounded during the assault, and lay in a gateway on the north face of the fort, whither he offered to conduct us. General Baird, on hearing this report, left the palace and proceeded to the gateway, which was covered with many hundreds of the slain. The number of the dead, and the darkness of the place, made it difficult to distinguish one person from another, and the scene was altogether shocking; but aware of the great political importance of ascertaining, beyond the possibility of doubt, the death of Tipu, the bodies were ordered to be dragged out, and the killedar and the other two persons were desired to examine them one after another. This, however, appeared endless; and, as it now was becoming dark, a light was procured, and I accompanied the killedar into the gateway. [The Sultan's horse, which had been shot, and his palanquin, were first discovered] During the search we discovered a wounded person laying under the Sultan's palanquin: this man was Raza Khan, one of Tipu's most confidential servants; he had attended his master during the whole of the day; and, on being made acquainted with the object of our search, he pointed out the spot where the Sultan had fallen. By a faint glimmering light it was difficult for the killedar to recognize the features; but the body being brought out, and satisfactorily proved to be that of the Sultan, was conveyed in a palanquin to the palace, where it was again recognized by the eunuchs and other servants of the family.

When Tipu was brought from under the gateway his eyes were still open, and the body was so warm, that for a few moments Colonel Arthur Wellesley (famous as the Duke of Wellington) and myself were doubtful whether he was not alive. On feeling his pulse and heart, that doubt was removed. He had four wounds, three in the body [apparently with the bayonet], and one in the temple; the musket ball having entered a little above the right ear, and lodged in the cheek. His dress consisted of a jacket of fine white linen, loose drawers of flowered chintz, with a crimson cloth of silk and cotton round his waist: a handsome pouch, with a red and green silk belt, hung across his shoulder: his head was uncovered, his turban being lost in the confusion of his fall. He had an amulet on his arm, but no ornament whatever.

Tipu was of low stature; corpulent, with high shoulders, and a short thick neck, but his feet and hands were remarkably small; his complexion was rather dark; his eyes large and prominent, with small arched eye-brows, and his nose aquiline. He had an appearance of dignity, or perhaps of sternness; in his countenance, which distinguished him above the common order people."

Another officer wrote, "The body was still warm when we discovered it...He appeared to be rather above the middle size, stout and well made; his head was shaved close, he seemed to he between forty and fifty, and rather corpulent. His dress was very plain".

An officer took from off his right arm the talisman, which contained an amulet of a brittle metallic substance of silver colour, sewed up in pieces of fine flowered silk, and some manuscripts in magic Arabic and Persian characters. Another officer found a little Koran in a silver case, which the Sultan always wore round his neck, and which had been detached in the preceding confusion.

Afterwards Tipu Sultan's body was interred in the mausoleum of his father Hyder Ali Khan at Lal Bagh. With the death of Tipu Sultan Mysore came under British rule, a small portion of which they restored to the Wodeyars.

General David Baird, who was in Colonel Baillie's force, was taken prisoner at Pollilur on 10 Sep 1780. He was imprisoned by Hyder Ali at Srirangapatna where he spent nearly four years in a dungeon, and released at the Treaty of Mangalore in 1784.
Share
Post a Comment
Labels#Mysore/Karnataka
Newer
Older