Was Akbar the First Muslim King to Marry a Hindu Princess?

Was Raja Bharmal the First Rajput to Marry His Daughter to a Muslim?:

Raja Bharmal of Amer (1548-1574) was first among the Rajputs to marry his daughter to a Mughal. See the history of Heera Kunwari's marriage with Akbar. It is said that Rao Maldev of Jodhpur (1532-1562) was the first to give his daughter in marriage to a Muslim king. Maldev married one of his daughters Kankavati Bai to Sultan Mahmud III of Gujarat (1537-1554); and another daughter Lal Bai to Salim Shah Suri (1545-1554) and a third daughter Rukmavati Bai, better known as Jodh Bibi, to Akbar. 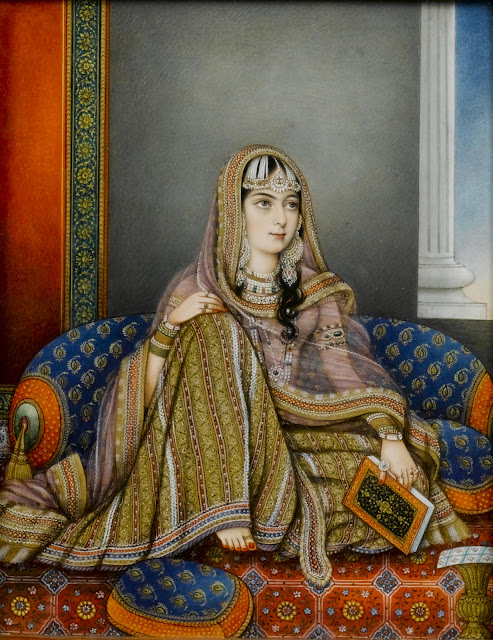 Sultan Baz Bahadur of Mandu (1555-1562) was a contemporary of Akbar. Read the love story of Baz Bahadur and his Hindu wife Rupmati. Long before this, Sultan Ala-ud-din Khilji (1296-1316) married Kamla Devi, the ex-wife of Rai Karan of Gujarat, who was captured after the Rai's defeat. Ala-ud-din Khilji's eldest son Khizr Khan married Dewal Devi, the daughter of Rai Karan and Kamla Devi. Read the love story of Khizr Khan and Dewal Devi. Some historians say that Ala-ud-din married the daughter of Ramadeva, the king of Devagiri.

Firuz Shah of Bahmani Sultanate (1397-1422) defeated Devaraya I of Vijayanagar (1406-1412) and demanded his daughter in marriage. The marriage was celebrated in great pomp. Sultan Alau'd-din Ahmad Shah II (1436-1458) of Bahmani Sultanate sent his minister Dilawar Khan to capture the country of Konkan. He defeated the Rajas of Rairee and Sokehr and took the daughter of Raja of Sokehr to the Sultan. The Sultan was charmed with the Raja's daughter, who was without equal in beauty, disposition and knowledge of music. He gave her the title of Perichehra.

Muzaffar Shah, the founder of the Gujarat Sultanate was the son of a Hindu converted Muslim. When Sultan Muhammad Shah of Gujarat (1441-1451) attacked the Raja of Idar, the Rai offered his submission and sent his daughter to the Sultan. The Sultan was fascinated with her beauty and through her influence he restored the country of Idar to her father. 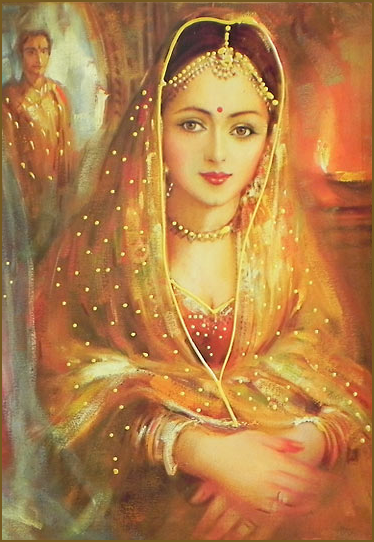 Sultan Bahlol Lodi (1451-1489), founder of the Lodi dynasty of Delhi, fell in love with Zeina, a goldsmith's daughter, who gave birth to Sultan Sikandra Lodi.

Sultan Yusuf Adil Shah (1490-1510) was the founder of the Adil Shahi Dynasty of Bijapur. Mukund Rao, a Maratha chief, and his brother revolted against Yusuf Adil Shah during the first year of his reign. Yusuf Adil Shah defeated them and their families fell into his hands. Among these was Punji, the sister of Mukund Rao, whom Yusuf afterwards espoused, and gave her the title of Bubuji Khanum. By this princess, he had his son Ismail Adil Shah (1510-1534).

Kasim Barid (1492-1504), the founder of Barid Shahi Dynasty of Bidar, defeated the Maratha chief Sabaji Maratha and married the daughter of Sabaji to his son Amir Barid. Legend says that Sultan Muhammad Quli Qutub Shah of Golconda (1581-1611) had a Hindu mistress named Bhagmati, though there is no proof of her existence.

The History of the Rise of Mahommedan Power in India By Ferishta, trans. by John Briggs

Medieval India: From Sultanat to the Mughals By Satish Chandra